COLUMBIA FALLS, Maine and HAMM, Luxembourg and MARGRATEN, Netherlands, Oct. 7, 2019 /PRNewswire/ — Wreaths Across America (WAA) today announces it has been granted permission by the Luxembourg and Netherlands authorities and the American Battle Monuments Commission (ABMC) to place Maine-made balsam fir veterans’ wreaths on the headstones of all 5,073 U.S. service members laid to rest at Luxembourg American Cemetery, and an additional 8,291 veterans’ wreaths at Netherlands American Cemetery and Memorial. 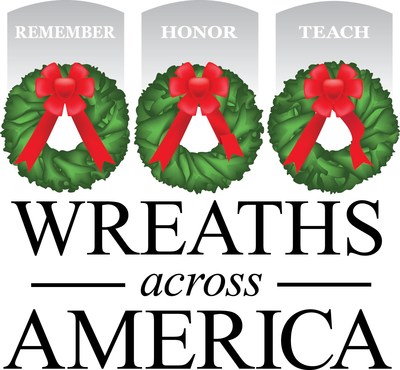 The Luxembourg American Cemetery is located in the town of Hamm, three miles east of Luxembourg City center. The public ceremony and wreath placement will be held there on Saturday, Nov. 30, with attendance by multiple officials, including U.S. Ambassador to Luxembourg, J. Randolph Evans. The following day, Sunday, Dec. 1, a ceremony and wreath placement will be held at Netherlands American Cemetery and Memorial located in Margraten, Netherlands. These locations are two of 26 permanent American overseas military cemeteries overseen by the ABMC.

According to ABMC, the Luxembourg cemetery was established on Dec. 29, 1944, by the 609th Quartermaster Company of the U.S. Third Army while Allied Forces were stemming the Ardennes Offensive (Battle of the Bulge), one of the critical battles of World War II. The city of Luxembourg served as headquarters for Gen. George S. Patton’s U.S. Third Army. 2019 marks the 75th Anniversary of the Battle of the Bulge, which was fought in Belgium, Luxembourg and Germany from Dec. 15, 1944 – Jan. 25, 1945. Thousands of soldiers from both sides lost their lives during this battle – 5,073 of the fallen from the Battle of the Bulge and the advance to the Rhine River are laid to rest at Luxembourg American Cemetery, including Gen. George S. Patton Jr.

Dedicated in 1960, the Netherlands American Cemetery and Memorial lies near the historic Cologne-Boulogne highway built by the Romans. Unique to the cemetery is the connection with the Dutch people, where, since 1945 members of the local community have adopted the grave sites of our fallen.

This is the second time WAA – whose mission is to Remember the fallen, Honor those that served, and Teach the next generation the value of Freedom – has collaborated with ABMC and sent U.S.-made balsam fir wreaths to be placed on foreign soil. Last December, WAA placed 9,387 veterans’ wreaths on all the headstones at Normandy American Cemetery in France. This included ceremonial wreath placements on each of the D-Day invasion beaches and at Pointe Du Hoc.

«General Pershing stated that ‘Time will not dim the glory of their deeds.’ Continued remembrance of service members who paid the ultimate sacrifice for freedom is especially relevant as we approach the 75th Anniversary of the Battle of the Bulge, the second largest land battle in American history. The Luxembourg American Cemetery team looks forward to hosting the second overseas Wreaths Across America event as we commemorate this historical battle,» said Jennifer Roman, Superintendent, Luxembourg American Cemetery.

The live balsam veterans’ wreaths are being gifted to WAA as a donation from its Founder, Morrill Worcester. It has long been a dream of his to one day place a wreath in honor of every U.S. veteran laid to rest, worldwide. The transportation of the nearly 14,000 wreaths from Maine to Europe is once again being coordinated and executed through the generous in-kind support of global supply chain management company CEVA Logistics and the transatlantic cargo capacity of United Airlines.

«From the beginning, the goal for Wreaths Across America was to one day honor and remember all those who served and sacrificed for our freedoms, no matter where they are buried,» said Wayne Hanson, Chairman of the Board of Directors, Wreaths Across America. «To have the honor to remember these soldiers at their final resting place and say each of their names so their memory lives on, is something we all take immense pride in and will carry out with the utmost respect and dignity deserved.»

«Over 5,000 Americans lay in rest at the Luxembourg American Cemetery. Their heroism and commitment should never be forgotten or taken for granted,» said Ambassador Evans, U.S. Ambassador to Luxembourg. «I am so glad to see Wreaths Across America honor these brave men and women who paid the highest price any human being could ever offer, or hope to give, for the purposes of liberty and justice, and freedom for their fellow man.»

The placement of wreaths overseas and at the nearly 1,700 participating locations in the United States is done by volunteers. All Wreaths Across America ceremonies are free and open to all public. For more information on this year’s overseas efforts, please visit www.wreathsacrossamerica.org/overseas.

About Wreaths Across America
Wreaths Across America is a 501(c)(3) nonprofit organization founded to continue and expand the annual wreath-laying ceremony at Arlington National Cemetery begun by Maine businessman Morrill Worcester in 1992. The organization’s mission – Remember, Honor, Teach – is carried out in part each year by coordinating wreath-laying ceremonies in December at Arlington, as well as at nearly 1,700 participating locations in all 50 states and beyond.